$AAPL I'm not a "large capper" but obviously as a fundamentals trader, you gotta pay attention to the companies that move indices. Anywho, I've been enjoying some of the comments on this thread regarding the upcoming $1B expected ER. I, like many others feel the stock market is gravely overvalued at dangerous levels in comparison to the overall economy. Are we in a bubble? Absolutely! But we've known this for at least eight weeks now. We've been hitting record highs since the end of the October/November pullback. Will we keep going? I don 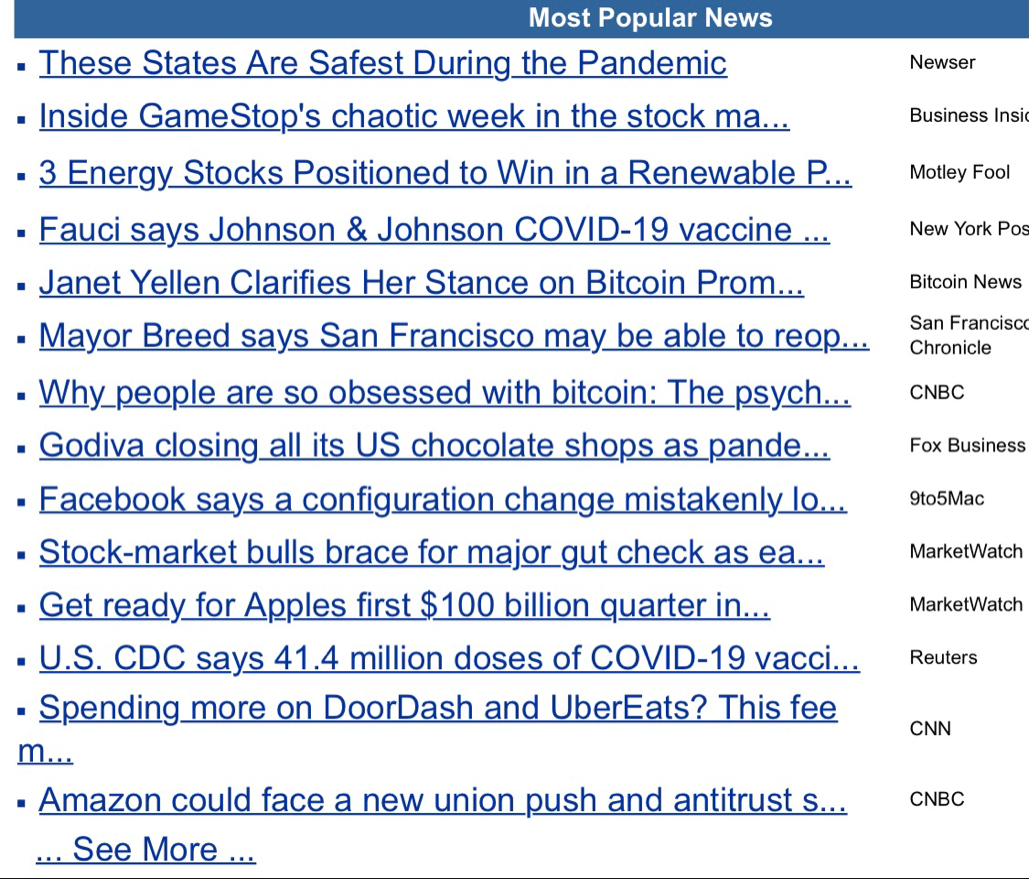 $LINK.X $AAPL $SPY fight night gals and bros! When the pandemic is over and you in my hometown Las Vegas tweet me! I’m going to start hanging with the fans sometimes! I frequent Beer Park for MMA fight. Also get endless free dinner and show tickets and acces to free lounges with food and alcohol! Go vote and add me on my new twitter. www.wallstreetvotes.com

Get the WHOLE premarket (and afterhours). 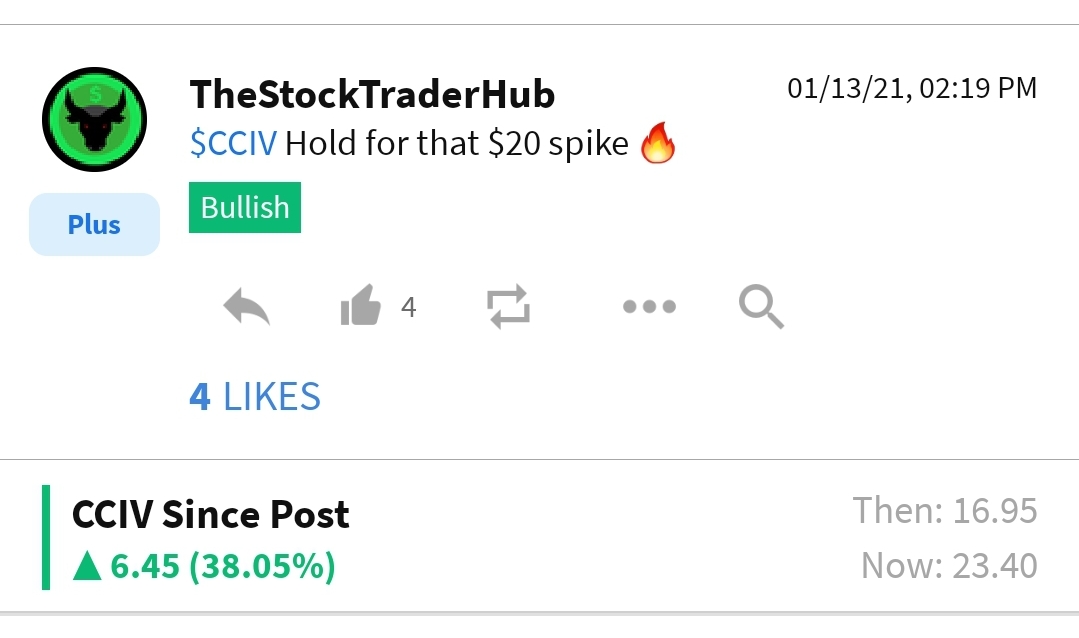 For over a year I have been pounding the table, telling friends and family how and why $LINK.X will have the highest ROI of any investment this next decade. Those who listened to me have given me the kindest words, telling me how Chainlink has changed their lives. I enjoy hearing their success and happiness this investment has brought them even more than the money I make.

Read through my posts and you will quickly see why Chainlink is the future. We have a long ways to go🙏🏼 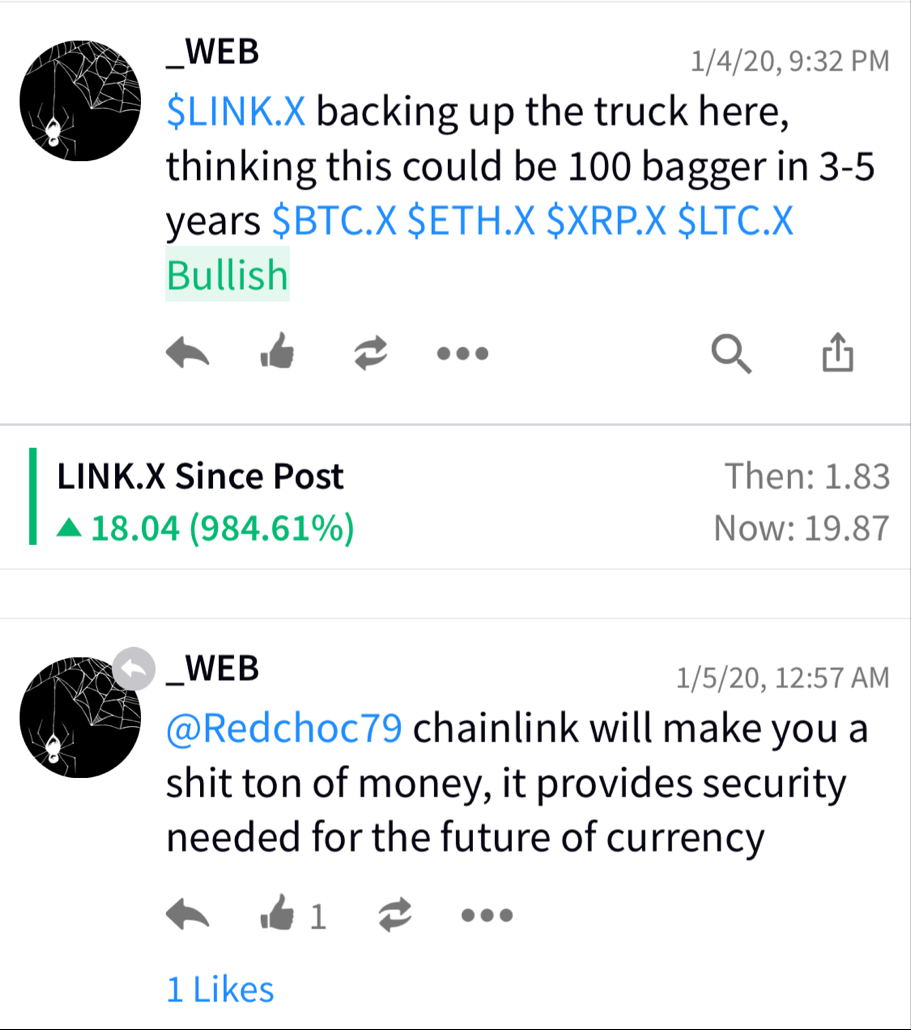 Retirement acc update as of market close this afternoon. New positions include FB, PLTR, AMD, XLC (for a trade), and PRNT... really looking to get some ARKG exposure here soon but can't get myself to pull the trig. Trimmed profits on SMH and IWM...and sold last of FDN at 100% from March 2020 -> those funds to be used for more CLOU ARKW on pullbacks

Sorry, but we could not find anything in our database for your search query {{search_query}}. Please try again by typing other keywords.